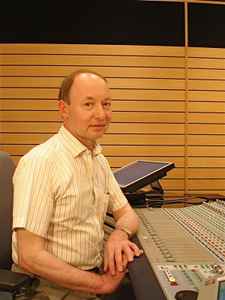 Profil:
Classical music engineer.
John Dunkerley was senior balance engineer at the Decca Record Co. Ltd. from 1968-1997, until the closure of the recording centre. He has worked subsequently with the majority of the major labels, especially EMI Classics.

Dunkerley’s teacher and mentor was Kenneth Wilkinson, who was previously chief engineer of Decca until his retirement in 1980. Wilkinson’s career spanned more than fifty years beginning with the start of electrical recording at Decca in 1929.