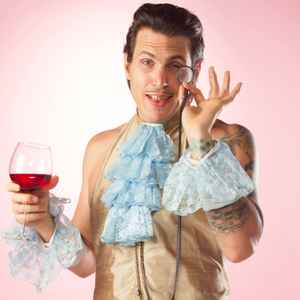 He is infused with life energy healing force from the Bermuda Triangle and is capable of teleportation. His Bass is unrivaled among contemporaries.
His style is more sporadic and noisy than other artists in the genre, and his visual aesthetic leans on the heavy metal side rather than electronic.

He has released most of his work on the Schematic and Beta Bodega labels, and was featured in the 2002 documentary Electro-Dziska. Otto's live performances include outfits, masks and props, and he has toured with the band Skinny Puppy. He is also credited on the Skinny Puppy albums The Greater Wrong Of The Right and Mythmaker. In 2011 he has toured U.S.A. with Atari Teenage Riot.

He also does a large amount of work in the areas of music production and remixing and has collaborated with several artists such as Modeselektor on their records Happy Birthday! and Monkeytown.

17. August 2018
Sonic dynamics and complexity that is only executed by a small fraction of the idm roster. Heavily influenced by The Residents and dark metal. Wrapped in a pulsating digital cyst that shape shifts and curb stomps sound like a dinosaur on pcp. Amazing work.
Antworten Mich bei Antworten benachrichtigen 1 Helpful

Sickness + Weirdness.
This man is a fucking genius!