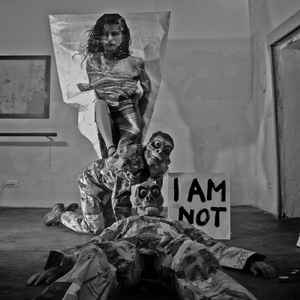 Profil:
Column One is and experimental project from Berlin, Germany, Started in 1991. Around the two core members Lamp and Schalinski a loose and constantly changing collective of artists and musicians formed that has been active since. The collective approaches Western art and culture from a deconstructionist angle.

The crucial point in the work of Column One is to bring back into consciousness communication in its unavoidable consequence & presence. ...thus, it's about decoding information, the utilisation, cutting up & decoding of that which is presented to us as Reality & of what we constantly present to ourselves. In order to succeed in this decoding process Column One utilises the existing forms of communication & its media & generally considers everything as raw material, basic element or even finished product. The philosophical ideas of Radical Constructivism, the paths of the Cut-Up demonstrators & Dada Fascists have had greater influence on the foundation and the work of Column One.

„Cities multiply realities. Can architectural projects, weapons delivery systems and modern dance all share the same algorithms? Does leisure time mean the same thing to machines as it does to humans? On the outside edge of such considerations is column one. Founded in 1992 by east germans Robert schalinski, Rene Lamp and Eike Bölling, later replaced by the UK´s Andrew Loadman & Jürgen Eckloff this disciplined collective can sometimes appear to be more of a rumour than an actuality. Represented at Club Transmediale by the awesome sensory violence of their video “Braunserver”, they remain elusive figures, shyly appearing out of the crowd and then disappearing again. A catalogue of CD, music cassette and vinyl releases, sometimes in extremely limited editions, is supplemented by regular column one live events, video installations and exhibitions. Past collaborators include Jürgen Ploog, Mimetic, G.Breyer P-Orridge, Frieder Butzmann, Rashad Becker, Zeitkratzer, Marc Wannabe ... “ (The Wire, Ken Hollings)
Seiten:
column-one.de
Mitglieder:
Jürgen Eckloff, René Lamp, Robert Schalinski
Varianten:
Alle | Column One
Columne One