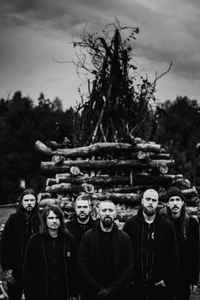 13. August 2021
Can we have a different opinion here ? I HATE this band, so overrated to me. Nothing really interesting, neither in their music/lyrics, nor in their public shows. And I saw them several times, from full-crowded places to showcases on a boat... Each time it was totally boring and previsible. This band's simply doesn't touch me. I'm not saying their fans have bad music tastes for liking/loving/sucking them, but in my opinion, there are tons of other less known bands which deserve more attention from you, the Amenra public.. But well, that's just my opinion !
4 Antworten anzeigen

I usually don't write crap about bands, but I must make an exception for Amenra after seeing both their live shows at this year's Roadburn Festival in Holland.

Their singer is a Maynard clone. And absolutely shameless at that too. He doesn't even TRY to be himself. He wants so bad to be Maynard it's painful to watch. I wonder if he's also become an amateur viniculturist, to further resemble his idol...
Plus, the band's music is boring drivel compared to other sludge and doom bands. A couple of chords, an eerie arpeggio here, a drone there.... It's so shoddy, predictable and unmemorable I can't even retain it.
It's almost as if the whole Amenra experience revolves around VOLUME. Yes, they're loud. But that's about it. Take away the video projection (which they lifted from Neurosis), the gimmicky live shows (which they copied from Folk Black Metal bands) and the singer's stage persona (which isn't his, at all), and what you are left with is this second-rate doom metal music with no heart nor brains.

Biggest crime an artist can commit, in my book, is to not have their own character/voice/stage presence, and deliberately steal from their more accomplished, successful peers, so it's a big fat ZERO for Amenra from me.