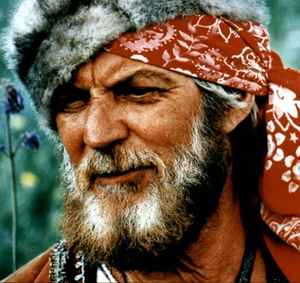 Bürgerl. Name:
Boris Semyonovich Chernorubashkin
Profil:
Russian musician and composer, born 17 June 1932 in Sofia, Bulgaria in the family of the Don Cossack Semyon Terentyevich Chernorubashkin, and the Bulgarian Theodora Lilova. It was named Boris in honor of Tsar of Bulgaria Boris III, was baptized according to the Cossack custom.
Since childhood, he was fond of music, dance, attended a choreographic circle. I got my first "adult" job without any education. He collected the day's earnings in stores, acting as a collector.

He was admitted to the competition in the dance ensemble of the Ministry of internal Affairs of Bulgaria. In two years, he was able to become a soloist. In parallel, he studied at the economic Institute.

For personal reasons, I was forced to go "to finish my studies" in Prague. In 1962, after completing a study visa, he did not return to Bulgaria, but emigrated with his first wife to Austria.

At first, Boris Chernorubashkin worked at the factory. Then he got a job as a singer at the "Fire-Bird" restaurant.

In 1967, the artist won a competition for the position of baritone at the Salzburg Opera and finished performing in restaurants.

In the early 1970s, the singer finally took the creative pseudonym Rubashkin. At the same time, by order of a French publisher, Rubashkin wrote music and staged the famous dance "Kazachok".