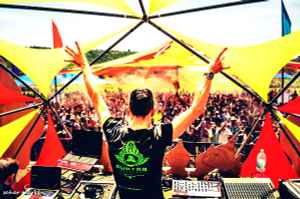 During the 90's, Thévenet owned Trans'pact Productions which featured mainly releases by himself and was established in 1992 with his wife Thaisha.
Trans'pact went on from strength to strength, and was ranked the no. 4 trance label in the world. In 1997, when the label was at its peak its distributor Flying Distribution went defunct and Trans'Pact, along with its two sub labels, concluded its activity. The same year Asia 2001 was signed to Avatar Records.

Nearly all of the credits for Thévenet on Asia 2001 records are credited to pseudonym Martin Cooper. His recording studio is: Stargate Studio (2).