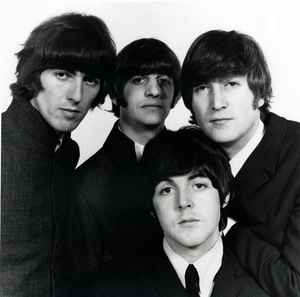 Profil:
British rock/pop group, formed in Liverpool, England during the late 1950s. Signed to recording contract with EMI in 1962.

3. Juli 2022
Love it when people didn't know that lucy in the sky was a title that meant LSD

27. Februar 2022
Why isn't the Hey Jude compilation album listed in the list of albums?
2 Antworten anzeigen

1. Februar 2022
What about album sets that are made up of live and studio recordings? What could be done is to siphon off all unofficial and bootleg releases into a section of their own. And is there any need for the foul language?

4. Dezember 2021
This and King Crimson's discography are proof that discogs needs a fucking live album section seriously, its so fucking cluttered with random bullshit
2 Antworten anzeigen

18. September 2021
The greatest rock band of Alltime! I love The Beatles!!
2 Antworten anzeigen

5. September 2021
Greatest punk band ever. Really squares up to the powerviolence scene as well.
3 Antworten anzeigen

Keith Richards holds an I Love The Beatles Sign in 2016