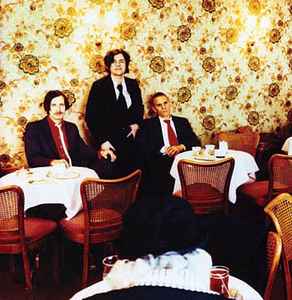 Profil:
Angelika Express is a German pop and punk band. The band was formed in 2002 by Robert Drakogiannakis who recruited Jens Bachmann and Alex Jezdinsky. After Bachmann and Jezdinsky left in 2005, the band was seemingly finished. In 2008 Drakogiannakis re-activated the band name and later that year added Daniela Hilterhaus and Don Cardeneo to the line-up. Valentin Mayr joined as a drummer in 2010. Annick Manoukian, who occasionally played with the band before, became a permanent member in 2013.