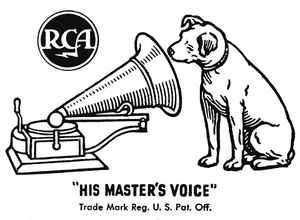 Profil:
Label Code: LC 0316 / LC 00316 (since 1999).
Also appears as "RCA Victor Records".
The change of logo occurred in 1968.
The RCA Victor brand was introduced in 1945 in advertising and 1946 on actual record labels, where it replaced the Victor and Bluebird (3) brands. Until then, on records, the RCA Victor division of the Radio Corporation of America only used the Victor brand, which was acquired in the Victor Talking Machine Co. takeover in 1929.
During its lifespan, the RCA Victor brand has undergone many design adjustments. The latest one was created in 2010 for French releases, by Sony Music Classique & Jazz.
For all Unofficial / Bootleg releases of this label please use RCA Victor (2).

Extensive information on the meaning of RCA Victor matrix codes is in the database forum at https://www.discogs.com/forum/thread/694503

29. Dezember 2021
76-1739
Mexico
1963
Mayte Gaos
A Jimmy
B El Organito
I suppose that the record was released in 1963
Antworten Mich bei Antworten benachrichtigen Helpful

29. Dezember 2021
76-2044
Mayte Gaos
A Crema Batida
B Cuanto Me Quiere
The record should be from 1964.
Antworten Mich bei Antworten benachrichtigen Helpful

14. November 2021
87.056
Marianne
A1 Si Vous Voulez Que Je M'En Aille
A2 Léon
B1 Laissez-Moi Dormir
B2 Le Petit Chien
The song A1 can be heard at youtube: https://www.youtube.com/watch?v=4wfWCtOX_aM and you xcan see the sleeve there.
Antworten Mich bei Antworten benachrichtigen Helpful

17. Oktober 2021
Sylvie Vartan for ever!
31A-0644
Argentina
1965
Sylvie Vartan
A Yo Elegi (I Made My Choice)
B Un Dia Mas (One More Day)
Antworten Mich bei Antworten benachrichtigen Helpful