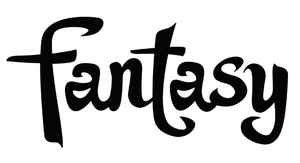 Profil:
For unofficial releases, see Fantasy (4).
Fantasy Records, along with its subsidiary Galaxy, was established in San Francisco, California, USA, in 1949 by Max and Sol Weiss. Their first artist was an Oakland pianist named Dave Brubeck, and when Brubeck's recordings began to sell, they went on to record Gerry Mulligan, Chet Baker, and Cal Tjader, as well as Odetta, beat poets Lawrence Ferlinghetti and Allen Ginsberg, and comic Lenny Bruce.

Saul Zaentz, who had joined Fantasy as a salesman in 1955, assembled a group of investors in 1967 and purchased the label from the Weiss brothers. They hit the jackpot the following year with Creedence Clearwater Revival, the most successful four-piece American rock 'n' roll band of all time.

In 1977, Fantasy went on to acquire the catalog of another legendary independent, Memphis-based Stax Records (and affiliated labels Volt, Enterprise, and Gospel Truth).

Other label purchases followed: in 1984, Contemporary/Good Time Jazz; in 1987, Pablo; and in 1991, Specialty, one of the first post-war independent labels to have specialized in black popular music.

In 2004, Fantasy was sold to a consortium led by Norman Lear and merged with Concord Records to create a new company called Concord Music Group. While some operations are still located in Berkeley, California, the record label is now headquartered at the Concord Music Group location in Beverly Hills, California.

Shortly after Fantasy was purchased by Concord, John Fogerty, the lead singer and songwriter in Creedence Clearwater Revival, re-signed with the label after leaving it in the mid-1970s after a falling out with former owner Zaentz.

20. April 2004
That Max & Sol Weiss' Fantasy label should appear as an electro label here is quite ironic (but completely accurate!). In fact the 54-year old label was (and remains) a stellar jazz & funk label, having released records by David Axelrod, Jimmy Smith, Sonny Stitt, Idris Muhammad, Rance Allen, Ornette Coleman, John Coltrane, Lou Donaldson, Bernard Purdie, Rufus Thomas and dozens of others. It's a label beloved to fans of early Juan Atkins & Sylvester, but probably more 'utilized' by hip-hop artists given the number of colossal breaks to be found on albums in the Fantasy catalogue.
1 Antwort anzeigen