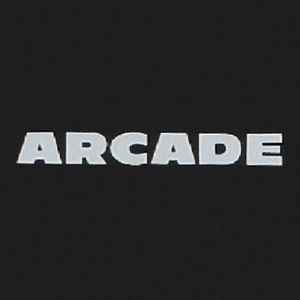 Profil:
Dutch label and record company. Consider adding Arcade Records (3) as 2nd label if it also appears on the release.
For unauthorized uses of the label's logo or name, see Arcade (2).

Name of a Dutch multimedia concern, which started off as a record label specialized in compilations. The label itself was founded in the 1970's by Herman Heinsbroek, who followed the example of the original Arcade Records (3). Seeing the huge success of their releases the company grew enormously and gradually spread out over Western Europe. The first step was the opening of a Belgian office in Brussels during the 1980's, which also made the company change name to "Arcade Benelux" (where Benelux stands for (BE)lgium, The (NE)therlands and (LUX)emburg), and a move of the head office to Nieuwegein instead of Naarden. Other divisions got started in Germany (1975), France, Spain, Italy, Denmark, Sweden and Norway. Even the original U.K. company had been bought in 1984. There was also a division going by the name "Arcade International", whose releases were distributed by more than one division (often in all available countries) at once.

By the mid 1990's the company had become a true multinational, spreading into the market of broadcasting (both radio and T.V.), of audio and video. In 1996 Arcade's parent company (Arcade Beheer BV) was acquired by Wegener, a dutch publishing giant.

After a reorganization and acquisition of more companies (like CNR Music and Indisc - although these 2 labels/distributors kept using their own names too) the audio section of the Arcade Group was renamed into "Arcade Music Company" and also the company "Arcade Benelux" got split up into a Belgian and Dutch division. They both became fully independent of each-other, having their own specific releases.

The French division was renamed to "Arcade Music Company France SA" after a reorganization in the second half of the 1990's. It was closed down shortly after the Arcade Group had been taken over by Roadrunner Records.

26. August 2015
I got my hands on a few of the Turn Up The Bass releases, 9,10 and 11 on cassette. As a young, aspiring DJ loving dance music, most of the music was very relevant. Being in Canada it also exposed me to some lesser known releases and artists. Overall, these releases were a treat, The sound quality/mastering was outstanding. Even looking at the whole series today, impressive selection. Thinking about making a compilation mix of that era. This series is helping me remember a lot of important releases of that time.

For many of you, and also for me, Arcade's "Dance Classics" were the first purchase of funk/soul/disco music on CD. And their "Turn Up The Bass" compilations were my introduction to house, acid and techno. But this company also had a history before that.

In the early 70s, "various artists" compilations (samplers) usually consisted of tracks from only a single label or record company. In some other cases, tracks were simply re-recorded cover versions by session musicians.

This changed when Arcade went into business. Arcade licensed tracks from different record companies and brought them together onto a single album, marketing with "original artists - original hits". The result was a string of "all killer, no filler" compilation LPs, usually 10 tracks each side, with names like "20 Power Hits", "20 Rock 'n Roll Hits", "20 Solid Gold Hits" and so on. These compilations reached the #1 spot in the Netherlands and opened the eyes of people from other record companies to do the same.

Next step was to release compilation series in the 80s, most notably "Top Hits [yy]", "Remember the 60s" and "Woman In Love" and when the CD hit the music scene, "Diamond Star Collection" and "Golden Love Songs" (a stunning 20 volumes).

But worldwide attention received Arcade with the aforementioned milestone named "Dance Classics". The concept resulted in 16 volumes, plus a lot of spin-offs: 4 ballad volumes, 4 remix volumes, 4 Italo volumes, 3 12" megamixes (two of them by Ben Liebrand), 2 Summer volumes and an album-length megamix by the people now known as the Klubbheads DJ Team. Never before was disco music made available on CD on such a huge scale. People from all over the world were travelling to the Netherlands just to visit record and CD fairs in order to buy the CDs.

In 2001, Arcade and Universal joined forces and re-issued the original 16-volume compilation series. A couple of tracks were not available for licensing and were replaced by others. Other tracks became available in longer versions than featured on the original series. Although there was heavy demand for even more volumes, the series was not expanded.

Arcade's second and probably most important milestone is of course "Turn Up The Bass". Combining the biggest club tracks with local favourites and some hidden secrets, TUTB provides a great overview of the development of dance music in general between 1988 and 1993. The series reached 25 volumes, plus 4 rap volumes, and sold in total more than 2 million copies. Not bad at all for a music genre that was strictly underground in 1988.
With the associated "House Party" releases, Arcade turned continuously beatmixed compilations into mass media. The mixes were even accompanied by a club tour.

In 1993, dance music had become so diverse and specialised that continuation of the series was no longer possible. There was Eurobeat, hip hop, R&B, House, Techno, Breakbeat, Jazzdance and so on. Dance music lovers were simply no longer into each other's music. And all genres had enough potential to boast No. 1 hits.
Arcade answered with the release of specialised dance compilations like "Megadance" (mainstream), "Techno Trance" (techno and hard dance), "The Ultimate Dream Mix" (ambient) and "Serious Club Hits" (club/mellow).

The TUTB sales figures were, however, literally blasted when the "Thunderdome" series hit the music scene. The compilations of hardcore gabber sold on the average 150.000 - 200.000 copies per volume in the Benelux countries alone! The reason is that (apart from 12" vinyl and party events) CD compilations were the only way to experience hardcore gabber: no single releases, hardly any airplay or club play and no music videos.

Despite the enormous Thunderdome sales, the pioneering role of Arcade was over. The role of the DJ became more important: DJs started to run their own labels, organise parties, produce other artists, make tracks, remixes and mixed compilations as a way to express themselves. The results: "Fresh Fruit Cocktail", "Static/Spiritual Tracks", "[nth] Works", "In Search For Sunrise" and so on. A dance music recording meant nothing until it was played by a well known DJ. At a certain point, beatmixed compilations outsold unmixed dance compilations.

But we should remember Arcade as the company that played an important role in the development of dance music in general from strictly underground (1988) to mainstream (1993).
Without TUTB, lots of people would not have been introduced to (acid) house, techno and rap.
As a result, "big name" artists like Madonna or Michael Jackson would probably not have hired Masters at Work, C & C, David Morales etc. for a club-style remix of their songs.
A lot of people would not have rebuilt their sleeping rooms into studios.
And the breakthrough of the now worldwide known Klubbheads DJ Team was actually a megamix of TUTB-tracks.

I have to disagree that the Turn Up The Bass series was 3 killers and the rest fillers. Those "fillers" were usually underground hits which never made it into the big spotlights. For me, most Turn Up The Bass compilations contained the best of the music of the moment of release.

Even more fun it is to look back at those compilations right now. When you look at the compilations, you can see the progression of music over the time. The TUTB as well as the House Party series show clearly how hip hop and electronic music progressed. Getting harder, and then even combining two House Party versions in a double release, one for the more mellow styles and the other for the harder styles.

It's a shame that the TUTB series stopped. I think they could still be very very popular.

For me Arcade is a major reference in the early nineties, with collections like Turn Up The Bass, Thunderdome, and especially the House Party series. It is true that some releases were very commercially driven, but some credit has to be given. The funniest thing is that back in 93 and 94 I instantly rejected euro dance series like Mega Dance because I had the conviction that they were not serious music. And it was only several years later, when i recollected those cds, that I came to the conclusion that these so called "fairground music" compilations weren't so bad after all. It's really good memories, and maybe we were all just being too demanding at that time.

4. Januar 2004
ARCADE is famous for bringing out piles of compilation albums that contain 3 killers and 17 fillers.

The best example is the TURN UP THE BASS-series. Funny how every new part of the series became more and more commercial. The nice thing about it was that inbetween all the fake house tracks there were always 2 or 3 genuine classics some of which still stand today. Nevertheless: for a lot of dutch guys and girls from my age (born ca. 1975) this was the first encounter with house music.

SYNTHESIZER GREATEST is another trap you could easily fall into. A great tracklist, but all very slick cover versions by Ed Starink. Again, after all, they helped me, as a kid, to find great synthesizer music by tracking the originals at the local music rent.

An example that ARCADE compilations do not always suck for 80%, is the DANCE CLASSICS-series. I think that is because they didn't use some local dutch productions to fill the sides up, like they did with T.U.T.B. It's a pity that their vinyl pressings are so bad, with 25 minutes of music on each side. Otherwise DANCE CLASSICS could have been the definite dance classics collection for any DJ.