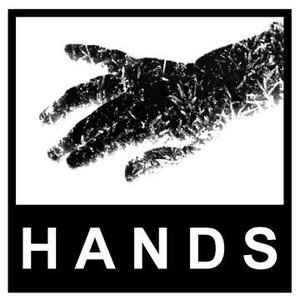 Profil:
Hands Productions, commonly referred to as just HANDS (with all capitalized letters!) is a pioneering label for contemporary electronic music, presenting artists from all over the world. The covered genres extend beyond the core business of Rhythm Noise into the areas of IDM, Drum & Bass and Breakcore, Minimal Techno, Ambient, Electronica and Sound Art.

HANDS has a backcatalogue of well over 200 releases under its belt, mostly fullength artist albums on CD or vinyl. Around 35 artists are currently active.

Also it has a history of two decades to look back at:

Udo Wiessmann founded HANDS in 1990 as an independent platform for his own musical projects Atrum, Severance and Winterkälte that would grant him complete artistic freedom. At this stage, the label operated from Fürth (Franconia/Southern Germany) and released limited edition cassette tapes of above mentioned artists as well as Industrial compilations.

In the mid-1990s, focus shifted towards the promotion and development of Winterkälte, and their debut album was the first HANDS release on vinyl. Their distinct style of Drum’n’Noise quickly put them at the cutting edge of the rising Rhythm Noise scene. Their subsequent three CD/vinyl albums and the unique live presentation have since secured them an exceptional status within the scene.

In the late 1990s HANDS moved operations to Dortmund (Rhine-Ruhr metropolitan area of Germany) and started to regularly release artist albums in the CD format: The first ones were the debut albums by Orphx, Ah-Cama Sotz and Needle Sharing, soon followed by then newcomers Mono No Aware, S.I.N.A., Xabec and 5F_55 (later 5F-x). Ever since it has been the label’s main intention to establish long-term relationships with artists and to continually promote their work; in some cases, HANDS artists have resurfaced after a quite long time of seeming inactivity.
Over the years HANDS has introduced and established many popular acts, among others S.K.E.T., Nullvektor, Edgey, Angina P., Shorai and Empusae, rediscovered seasoned producers like Geistform and Wieloryb and rereleased the classic backcatalogue of The Klinik.

From 1997 on HANDS maintained the Power Electronics and Noise sublabel 220N, which was vinyl-only and put out beautiful specially packaged records. Unfortunately, the unavailability of 220g vinyl pressings rendered the concept obsolete around 2004.

The HANDS artists are regularly presented by means of two long-running compilation series:
The first one was started at the turn of the millennium as 2000 HANDS (2CD/5LP), a massive collection of three tracks each by 10 artists. View this either as a deep and detailed insight into the label’s activities or simply as a bargain bundle of 10 EPs - this series has gone into six editions so far.
The second series is the annual FORMS OF HANDS festival compilation – an exclusive track each by every one of the label acts to appear on stage at the label showcase taking place every spring since 2001. The 11 editions of the FORMS OF HANDS compilation perfectly reflect the development, growth and diversity of HANDS.

The desire for individuality and quality is represented through the outer appearance of the >HANDS Paper Pack< - a special CD packaging made of paper and carton only without using plastic. Most layouts are designed by Nicola Bork, giving every release a distinct visual identity.

28. September 2019
Their unique SmartPac packaging is a thing of beauty, but with some problem. Several CDs of mine have glue came off the packaging and stained the CD surface.

14. Juni 2009
HANDS goes into it's 15th year of existence in 2009, and it has proven to continually develop - maybe not as quickly as you might expect, but well... who would have ever guessed they would come up with a homepage that actually provides conetnt and a mailorder section, plus a myspace page?
Also, the label's artist rooster has increased, as well as some long lost bands resurfacing, like SYNTH-ETIK or TYPHOID. 2008 saw the debut of MASCHINENKRIEGER and LAST DAYS..., more primitivist noise, not so much my cup of tea, but 2009 has provided a wonderful harvest with the irresistably charming Drum&Bass of ANGINA P, the slightly intellectual quirkiness of INCITE/ and the fresh takes an Rhythm Noise by British act PCP PRINCIPLE and the tribal-styled GREYHOUND-offshoot SYNTECH - all those are to be well watched!

27. April 2003
I don't like everything from that label, especially some newer bands like S.I.N.A or Mono No Aware are too boring sometimes. But there are still many good artists on that label, have a listen to Orphx, Xabec, Ah Cama-Sotz, Squaremeter or Needle Sharing ...
1 Antwort anzeigen