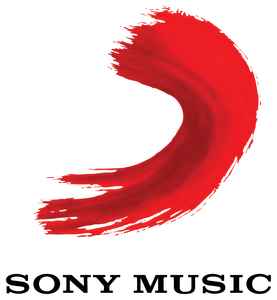 Profil:
Main label of Sony Music Entertainment.
Use this entry for releases from between 1991 and 2005 and 2008 onwards that show the 'Sony Music' logo or releases in general which credit "Sony Music".
Please note that the logo was different before 2005.
Also please do not confuse with the Japanese SonyMusic.

The "xx-xxxxxx-xx" format codes found on releases are not distribution codes and should not be arbitrarily assigned to Sony Music when listed as a distributor. Please add these codes as "Other" in the BaOI section with "Manufacturing code" as description.

Some optical disc releases show the Sony Music logo in the disc matrix, with one of the following matrix patterns:

Please do not confuse prefix S with number 5 as they appear very similar in matrix pattern #2.

Please be aware that Sony Music was not the name of a specific pressing plant; these glass masters are in fact manufactured by DADC Austria (1994-1998)/DADC (1998-2000)/Sony DADC (2000-present). If crediting Sony Music from this CD matrix style, please do not use Glass Mastered At or Pressed By role for Sony Music; the generic Made By role would be most appropriate. Catalog numbers should not be added to this Sony Music entry.

ONLY the "S0100xxxxxx-yyzz" and "S0000xxxxxx-yyzz" matrix codes may be entered in LCCN as DADC Austria/DADC/Sony DADC catalog numbers based on release dates provided above.
Example release: Ricky Martin - Ask For More

These CDs are actually manufactured on behalf of Sony Music by Sonopress Arvato (2004-2008), Arvato Digital Services (2008-2011), Arvato (2011-2020), or Sonopress (2020-present). Sony Music should not be credited with Glass Mastered At or Pressed By on such CDs. Please credit the appropriate pressing plant based on the release date of the specific CD and use the generic "Made By" role for Sony Music. One example of this matrix style is Necrophobic - Mark Of The Necrogram.