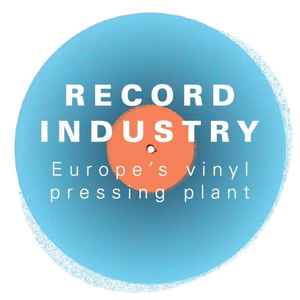 Profil:
Dutch vinyl pressing plant established in June 1998 after operations of Sony/CBS, Haarlem were taken over by Ton Vermeulen and Marcel Nothdurft of Moxmusic (the latter later replaced as shareholder by Vermeulen's spouse Mieke).

With 33 presses, Record Industry became one of the largest vinyl pressing plants in the world (capacity: 40,000 to 50,000 records per day). It is a full-service provider with in-house cutting, galvanoplasty and printing departments. In April 2022 the company merged with distributor Bertus forming a new Bertus Holding. At the same time 30 brand new vinyl presses were acquired with the aim of doubling the capacity, up to 25 million records per year.

When the plant was taken over from Sony Music Entertainment it was agreed Record Industry would remain manufacturer of Sony product on vinyl. When the EMI Records plant closed in 2000, a similar deal was struck. Record Industry also presses all Music On Vinyl releases, a label it operates together with Bertus.

How to Identify Vinyl Pressings
After Record Industry took over the plant they continued to use the Sony/CBS computer numbers, starting with 08-40000-20 and continued this notation until March 2004 up to number 08-54249-20.

The whole string is stamped in the runout area.

Between the late 1990s and the early 2000s, the plant used a matrix scheme composed of ten digits (########## BCD E): this scheme mostly appeared on Sony Music (and subsidiaries) related releases (see Bad Religion - The New America as example): these numbers were added by the pressing plant upon customer request and should not be used as LCCN numbers: in these cases the role Pressed By can still be used, minding not to add the ten digits string.

Usually, the whole string is stamped into the runout area (see here for an example), however etched versions may occasionally appear as well.

7. August 2022
The best plant in existence. Hardly ever any warping, and ALWAYS dead silent. They do amazing work, consistently.

Sorry to add to the complaints but I just bought this record https://www.discogs.com/release/10008877-Incubus-Make-Yourself pressed in the US by Record Industry, and side B of 1st LP is the worst popping I have ever heard on a brand-spankin'-new album even after deep cleaning twice. Both albums are not quiet at all, at times even distorted. I am very bummed :(

Top class in Europe and probably the world. Pallas comes very close, RTI in the ballpark. If you want to experience a virtually noiseless and I mean [noiseless] LP, get a Record Industry disc. If immaculate can be applied anywhere it's here.

25. Juli 2021
I have yet to own a flawed RI pressing, either colored or black

10. April 2021
Seems this is the pressing plant that made Violator by Depeche Mode. One of the best quality pressings I have bought. Dead silent, not one single click or crackle on the whole album. Wish all records could be made this well.

4. März 2021
This is one of the two most reliable pressing plants in Europe (the other being Pallas). They are not 100% but probably 90-95% on their QC, which is much more than can be said than just about everyone else. I'd give them equal or better marks than Pallas.
4 Antworten anzeigen

27. Januar 2021
Received replacement box today: scratch on Side one of LP4 and both sides of LP1. Either i am cursed or the record factory as a serious QC issue.

30. Dezember 2020
My SEALED 2018 vinyl copy of Pink Floyds Pulse I bought on Amazon has quite a few scuff marks and two “tram lines” right across the entire record on the most iconic track of the lot - Comfortably Numb ! Aaaaahhh !! I’m devastated and just want to cry 😭😭 I will think twice about buying records that are pressed by Record Industry, shows a lack of caring for records that are now considered premium products.

21. Mai 2020
nice. got my Rancid - ...And Out Come The Wolves copy sealed. but on a song there is a hot wax spot with a piece of paper sticked, which melted an entire song groove. profesionals workers there...