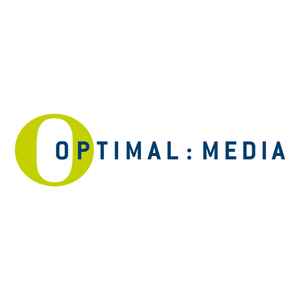 Y is the manufacturing year identifier, which since 2010 is a single letter (A to Z):

Matrix/Runout entry: The complete information of the matrix/mirror band area should be entered as it appears on the CD. Do not literally take over the order from the examples in the profile. For instance: "manufactured by optimal media GmbH" may appear before or after the XY#####-ZZ.

Notes on CDs/DVDs/Blu-rays:
• CD, DVD and Blu-ray releases additionally carry a "manufactured by optimal media GmbH" string next to the matrix number.
• If the production was done for a manufacturing broker (e.g., Handle With Care), the string often is replaced with the name of the broker.
• The plant's mastering SID codes are: ifpi/IFPI L571, L573, L574, L575, L576, L577, L578, L579, L622, LZ08, LZ09.
• In 2010 the company was still called Optimal Media Production. A release with the year code A and "manufactured by optimal media GmbH" in the matrix is a repress from October 2011 or later.

Notes on vinyl records:
• The matrix number can be either machine-stamped or hand-etched.
• If initials of a mastering engineer (see the list below) appear next to the matrix number, you can also enter the Lacquer Cut At role for Optimal Media GmbH.
• If there are no mastering engineer initials present, the mastering / lacquer cutting was done externally.
• Due to the nature of the hand-etching, the B (format identifier) might be mistaken for a 3, an 8 or a D. Also, G as the second letter, year identifier, can often be confused with the number 9. The numeral 1 can be mistaken for a 7 and the 5 can be mistaken for a √.
• In case the matrix may appear to have spaces enter accordingly into Matrix/Runout field, but keep without space in LCCN (= BG12345).
• Vinyl releases additionally carry the side positions along with an additional digit, next to the matrix number (see the example below).
• There are sometimes additional, faintly inscribed "geometric" marks. These are added during plating, and are therefore mirrored. They consist of a digit and a symmetrical symbol such as I, +, =, △ (for example, I ↾ ). Enter these with the runout string in their non-mirrored form (e.g., "1 I"), and note their form in the Release Notes (e.g., "1 I mirrored in runouts").
• In 2020, matrix numeration reached number BK99999, then started with BK00000 (not with BK100000).

How to enter the matrix number in the LCCN fields:
• Please only enter the "XY#####" part, without the appended disc numbering: This is the internal "article number".
• If a release shows two or more of these numbers (e.g., multi-format releases), please enter each matrix number in a separate field.

Additional notes:
• Even records that come without the characteristic Optimal code can indeed be pressed there. Orders going through certain brokers and/or manufacturers won't get assigned a code for the plating process. With Optimal being one of the biggest pressing plants in Europe, there may be many records that were unknowingly pressed there.

27. November 2022
Disappointed with the quality control of this plant—pressings from here seem to suffer from non-fill/stitching and ongoing surface noise. Given the price of shipping records to another continent, it's not worth purchasing if you'll just have to return it later.

Why are almost all optimal pressings for the bin. The discs rustle, crack, non-fills, sometimes you can hear the song 1-2 seconds before the start during the break. This pressing plant must have tons of returns. Awful.
1 Antwort anzeigen

28. September 2022
At one time a reputable pressing plant, now notorious for endless dish warps and non-fill surface noise. Good luck finding something pressed by Optimal that isn't dish warped to some degree. I have a less than 50% success rate and most end up being returned where they were purchased from. In my book they are worse than GZ, but unfortunately both plants have their hands in almost every record label these days.

22. August 2022
I commented on someone's post last year about the terrible QC I've experienced with the Blue Note Classic Series. I gave up on them but recently started seeing that the QC had improved. So, I ordered 6 of the more recent records in the series (all released 2022). They were all flawless and sounded fantastic. Flat, free of non-fill, and no scratches that I had experienced previously. I am cautiously optimistic.
1 Antwort anzeigen

18. Juli 2022
3 copies of the Blue Note Kenny Burrell Midnight Blue reissue before I got one that was not plagued by non fill and tons of surface noise. Also I had been disappointed by my 2015 pressing of Queen’s A night at the Opera and A Day At The Races because of the amount of surface noise. Low and behold they were pressed by sub Optimal.
1 Antwort anzeigen

9. Juli 2022
Optimal are pretty sh*t nowadays. The only optimal pressings I have which are decent are ones not pressed in the last few years.
Expect noisy vinyl, severe dish warps, non-fill, off centre vinyl with pressings that come from this plant. If you get a good record with no problems then consider yourself lucky.
1 Antwort anzeigen

4. Juni 2022
Have to say I've had nothing but great experiences with optimal as a pressing plant. I mean it's a giant factory so things aren't perfect all the time, but I'd sure as hell rather see pressed at optimal than pressed at GZ. Optimal has even been more consistent for me compared to RTI. And I have a number of their releases, I have 5 or so Classic Series, the whole Beatles discography, and countless other pressings. Just felt I needed to say something because the reviews I'm seeing are overwhelmingly negative.
1 Antwort anzeigen

24. Mai 2022
I actually don't like this pressing plant, they have loads of non-fill.

14. April 2022
do one of your records pressed by this company have this sound?
https://drive.google.com/file/d/1c7XgUBZ0Q8w6lFdfYBPYeEHhNZ4a6tFV/view
noise starts at 0:06
1 Antwort anzeigen