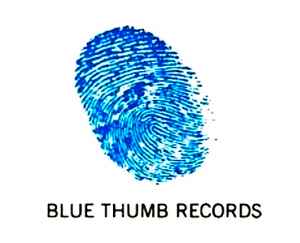 Blue Thumb Records was founded in mid-1968 by Buddah Records producer Bob Krasnow on the strength of a recording deal he struck with Don Van Vliet during recording sessions for the second album by Captain Beefheart And His Magic Band. The album had begun life as It Comes To You In A Plain Brown Wrapper, a conceptual double album for release on Buddah Records. However, Krasnow's idea of an independent label effected new directions. Vliet had considered re-naming his band "Blue Thumb", but this became the name for the new label. The resultant recording Strictly Personal, produced and engineered by Krasnow, became the first release on Blue Thumb as BTS 1.

Krasnow, who begun his career at King Records (3), had previously effected a similar move with Vliet when he brought The Magic Band over from A&M Records [along with executives Tommy LiPuma & Don Graham] to the newly-formed Buddah label, created to gain distribution independence away from MGM for Kama Sutra. This had resulted in Krasnow co-producing the Safe As Milk album and striking a working relationship with the band. Strictly Personal on Blue Thumb was distributed by Liberty. The label's distribution, from BTS 20 through BTS 28, was by Capitol Records and starting with BTS 29 by ABC.

The label of Blue Thumb Records, Inc. was quite innovative, with a roster of artists rather 'left-field' or blues oriented, echoing the similar style of Frank Zappa's Straight and Bizarre Records labels. Krasnow also created the sub-label Banana Records (4) for National Lampoon recordings, using the Blue Thumb "BTS" numbering system. By 1974 the label was being distributed by ABC Records, who bought Krasnow out that year. Blue Thumb continued to be used as an imprint on some ABC releases (mainly for albums by The Crusaders and the Pointer Sisters) until late 1978 when MCA Records bought ABC Records and folded it and all of its affiliated labels a year later.
MCA revived Blue Thumb in 1995 as an imprint of GRP Records, Inc.. Following a series of label mergers and buyouts that eventually created the multi-national Universal Music Group, Blue Thumb and GRP became subsidiaries of the The Verve Music Group.
Blue Thumb was deactivated in 2005 and replaced with a relaunched Verve Forecast.
Mutterlabel:
The Verve Music Group
Kontakt::
1755 Broadway
New York, NY 10019
USA