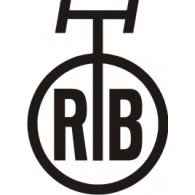 Profil:
THE CORRECT PAGE FOR THE YUGOSLAV LABEL IS PGP RTB.

Only use this page for video and technical realization roles credited to "RTB", "Radiotelevizija Beograd", "TVB" and "Televizija Beograd" and other similar variations. Use RTS for releases after 1993. Occasionally, RTB may be credited as a holder of phonographic copyright. Only use this page if that information is presented exactly like this: ℗ 19XX RTB. Otherwise, use PGP RTB.

The history of the Radio-television of Belgrade can be traced to February 1924, when experimental radio broadcasting first began in Serbia, then part of the Kingdom of Serbs, Croats and Slovenes (Yugoslavia). The precise date when Radio Beograd began regular broadcasting is March 24th, 1929. This was interrupted by World War II; broadcasting resumed on November 10th, 1945, in a liberated Yugoslavia. Experimental television broadcasting began on March 23rd, 1958. A second television program, TVB 2 commenced color broadcasting on December 31st, 1971 - the first color television program in Yugoslavia. Broadcasting in color continued sporadically throughout the 1970s up to the early 1980s; from this point on all programs were in color. A third channel, 3K TVB began broadcasting on July 1st, 1989 - it was imagined as a youth channel and continued as such through the 1990s (under RTS as 3K RTS) up to May 1st, 2006, when it was shut down.

Satellite broadcasting aimed at Yugoslav immigrants as well as any other interested viewers in other countries began on May 14th, 1991, during a time of tension in Yugoslavia. RTB began restructuring during 1991 and became the Radio-television of Serbia (RTS) on January 1st, 1992.
Sublabels
Muzička Produkcija RTB, PGP RTB, Redakcija Školskog Programa Televizije Beograd
Kontakt::
JRT - Radio-televizija Beograd
Takovska 10
11000 BEOGRAD
S.F.R. YUGOSLAVIA