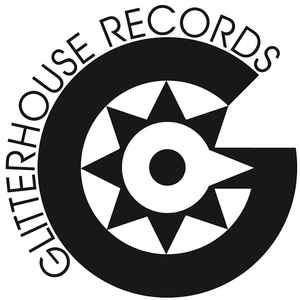 1981 founded by Reinhard Holstein and Rembert Stiewe, the Fanzine „The Glitterhouse“ laid the foundation for the correspondent record label. The magazine contained mainly 60’s garage and psychedelia, extensions of punk, weirdo folk and similar genres. After a vacation in Australia Holstein imported a number of singles from Citadel Records, which were distributed through the company’s mail order business. First own release was a tape featuring German garage bands titled “Battle of the Bands”. 1987 the “Hipster’s” 7”-single – “Sound of The Young Soul” and the compilation LP “The Declaration of Fuzz” were the first vinyls released by the label. German artists followed, such as Surfin’ Dead, The Strangemen and Shiny Gnomes. Through business registration Glitterhouse Records turned from a simple hobby to a business enterprise in 1984.

In 1987 a cooperation with the record label Sub Pop from Seattle started. Among others this label had signed Nirvana and Soundgarden, later on it was named the trigger and forerunner for the success of grunge music. This cooperation provided Glitterhouse increased popularity and a better market position. Green River, Mudhoney, The Walkabouts, Tad, Supersuckers and Seaweed, later on also the Afghan Whigs, The Spinanes, Codeine, Big Chief, Pond and many other groups of the label from Seattle were marketed through Glitterhouse in Europe. According to label officials all records were distributed in Europe as a whole, same with all Amphetamine Reptile releases later on. "Also related to the bands out of our own stable we were concentrated on whole Europe. There were a few exceptions though (Europe without UK or Europe without Scandinavia), but especially SubPop and AmRep- releases were put out for entire Europe."

The cooperation with Sub Pop endured, at last as a common transatlantic Incorporated, seven years and was ended 1995 with a bilateral agreement. Parallel to Sub Pop Glitterhouse also placed products of Amphetamine Reptile Records in Europe. Among these were Helmet, Cows or the God Bullies. This cooperation ended when Glitterhouse couldn’t identify with the musical contents of the American noise label anymore. Additionally Glitterhouse published its own signings, such as Monster Magnet, Sylvia Juncosa, Sister Double Happiness or Bitch Magnet.

Starting in 1994 it was time to give the label its own direction again. Next to alternative rock and various American musicians Glitterhouse signed many new bands of Scandinavian and English origin.

Since 1997 the Orange Blossom Special, even an own festival with Glitterhouse artists, takes place in the backyard of the company office.