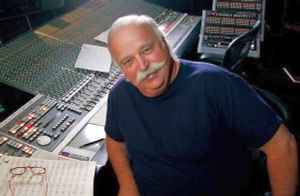 I have never imagined anyone else having recorded, mixed and mastered Michael Jackson's four major albums, beginning with Off The Wall, other than this brilliant man. I had been wondering if he were still alive, and sadly had my question answered today. A true wizard behind the mixing boards.
Edited to correct that Off The Wall was Mastered by none other than Bernie Grundman, himself! Sorry for any confusion.
RIP Sir