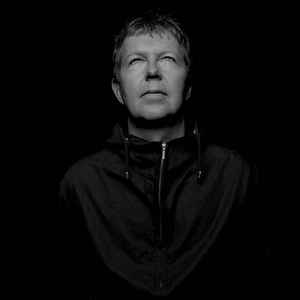 One of the most well-known DJ's in the world, famous for his tireless remix and production work, as well as his long-running association with fellow top-flight Sasha. Beginning DJing in the early 1990's in the company of friends like Fabio and Grooverider, he began to champion the burgeoning progressive house sound, most notably with his residency at Renaissance with Sasha. His partnership with Nick Muir as Bedrock in the early '90s yielded the club hits "For What You Dream Of," and "Set In Stone," and the runaway popularity of his Bedrock Records record label was established with its first release, "Heaven Scent," in late 1999. John continues to remix and produce music while running the Bedrock Records label and a successful weekly radio show on KISS-100 FM in the UK.
Sítios:
johndigweed.com, Facebook, instagram.com, mixcloud.com, MySpace, SoundCloud, Twitter, Wikipedia
En grupos:
Bedrock, Data (3), EBvDM, Golden Medallion Men, John Digweed & Nick Muir, Sasha & John Digweed
Variaciones:
Verlas todas | John Digweed
DJ JD, Digweed, J Digweed, J. Digweed, J.Digweed, JD, John "The Bedrocker" Digweed, Jon Digweed

29 de marzo de 2018
This mix is still his finest moment for me as it has everything that makes house music special: https://www.discogs.com/John-Digweed-Journeys-By-DJ-Volume-4-Silky-Mix-With-John-Digweed/release/146113
Responder Notifícame 3 Helpful

Long review: I use to wake up stoned as fuck in my early teens listening into his shows when I was 12-13 and I was instantly hooked, everyday saturday evening sunday morning around 1am-3am or 3am-5am on Kiss 100 I got to hear 2 hours of real electronic house music. I started to tape them with my cassettes and still have a tonne of unknown tracks I've yet to ID, some of these tracks were personally made edits by dj's who did the second hour mix of the show which are never going to be released others are just plain blank unknown artists.

Over the years Bedrock and the artists on the label are proof that underground house is still a massive scene globally there is always a demand for key fans who want to hear this music.
Responder Notifícame 3 Helpful

19 de abril de 2014
John Digweed is a DJ's DJ. The beauty of what he does lies in just how different he really is from his contemporaries. He has created and maintained a level of integrity that is the benchmark for both DJ's and producers globally. In fact, he has reached the very top of his profession, being voted #1 in a voter's poll by DJ Magazine in 2001. His popularity as both a DJ and a person seems to have no limits.
Responder Notifícame Helpful

6 de junio de 2011
Intelligent, mature, patient mixing and a very impressive palette of track selection. John understands the crowds and loves the venues. I remember a set he played at B 018, man he rocked the place !! The house was so packed and the music was excellent. Great dj, great music and great sets.
Responder Notifícame 1 Helpful

What can you say about Digweed that hasn't been said already? The man has been around the block more than a few times and ages like a great wine. The older, Rennaisance era material was inspirational to people around the planet. Sets from that era still sound fantastic. Then he had a dark and moody era touching on some epic tribal house. Then as if to completely deny his past he starts hammering those phenomenal Kompakt tracks. Hands down, one of the best deejays period. He's got an ear for records that is uncanny, and when you throw in his mixing skills it's clear why his name is synonomous with excellent electronic music.

Digweed is surely one of a kind, he is a very versitaile DJ that seems to be able to blend both progressive, deep and tech house into a set without any problems at all. I went to see him when he played in Stockholm, Sweden and he rocked it with a dark and very hard tech house sound, not playing any of that progressive sound that one is used to hear from John Digweed. He is also responsible for finding Jonathan Lisle, the three deck super DJ and bringin him into the glorious and wonderful world of DJing.

7 de octubre de 2003
John Digweed got me hooked since that day in 1992 or so when I bought that obscure cassette somewhere in Coventry to put in my car on the long road back to Belgium. The recording quality was poor, the Corolla tape deck worse, but the music …! It was so evergoing, always a bit dark, so extremely monotonously rhythmic and trancy all the way that it didn’t matter the tape autoreversed the whole time. Soon I start writing ‘Digweed Style’ on my records that captured that style (little did I know back then it was called progressive) and it would take me till 1997 to get my first CD’s of the man: the superb Northern Exposure series. <BR>
I don’t think too many artists, let alone DJ’s, managed to define a music genre all by themselves what makes the man even more respectable.