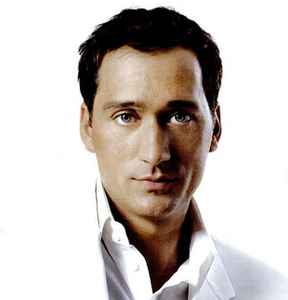 He was married to Natascha van Dyk, who also appears on some of his releases, until 2012, when he filed for divorce and has since in relationship with his Colombian girlfriend, Margarita Morello.

Where (when) did Paul van Dyk go wrong? Take a look at the album covers. Notice anything? An artist's face on the covers generally means they're going for the money. No crime in that, but the music becomes secondary at that point.

24 de noviembre de 2019
The pvd x-mix from The early Nineties Is The best ever, as well as The pvd remix of Cream After That pvd music started Getting soft, vonyc session’s sounded better In It’s early episode’s, Got To Get back That good old Nineties sound, The best ever sound.
Ver 2 respuestas

10 de julio de 2019
For me the best electronic and trance music producer of all time, and probably one of the best DJ's of all time also, especially between around 2000 and 2010...if you listen to the complexity, production and emotion of his music it is superior to most others...I'm not a fan of most of his vocal stuff between around 2010 and 2016, however his 2 most recent albums are back on track...pure melodic emotional music. Out There And Back for me is his best album, I still play many of his tracks from this album in my mixes! For those new to his music, I recommend listening to any of his Radio 1 essential mixes between around 2000 and 2003, such as the Paul Van Dyk Live At Homelands, 28.05.2000., Essential Mix At BBC Radio 1. He is a total legend...Matt Darey is also an amazing trance and electronic producer, Eddie Halliwell one of the best ever DJ's in terms of energy and skills behind the decks!

18 de septiembre de 2016
One of the best musicians of all time. A true pioneer of music.
Ver 1 respuesta

15 de agosto de 2015
He kind of fell off my radar lately since his latest tracks were pretty weak but what a come back with the release of "Lights" Simply a stunning track! I love it and enjoyed the release very much!

2 de diciembre de 2007
Paul van Dyk is the avatar of European trance, the living embodiment of everything trance has done right and wrong in fifteen years. From vital ascent, through popular glory, down into shameful corruption, his name has tracked the history of the genre. Rising star, god, sell-out: one wonders whether Paul van Dyk shares the fortune of trance, or the other way around. I've seen the man, but part of me wonders whether he actually exists. Could it be instead that he is a sort of spectral representation of the herd, taking the stochastic flow of trance and feeding it back in human form?