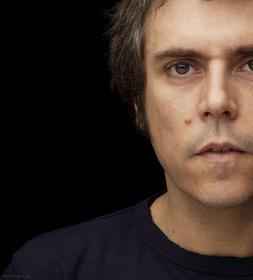 Nombre real:
Iván Ferreiro
Perfil:
Iván Ferreiro is a Spanish singer-songwriter born in Vigo. He was the voice, leader and composer of the group Los Piratas.

After Los Piratas separation, by late 2003, Iván kept playing with his brother Amaro Ferreiro in a Pub in Vigo, called El Ensanche. Due to the success of this set of concerts, he decided to record an album with new songs, Canciones para el tiempo y la distancia, that was born in 2005. In the tour of the album, Tournedo, Iván was accompanied by his brother on the guitar and Karlos Arancegui at the drum kit.
Sítios:
ivanferreiro.es
En grupos:
Los Piratas
Variaciones:
Verlas todas | Iván Ferreiro
I. Ferreiro, Ivan Ferreiro, Julieta Venegas, Rai Doriva