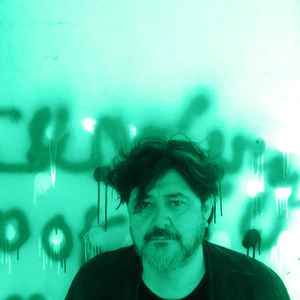 Nombre real:
Humberto Polar
Perfil:
An active musician for more than 30 years, Humberto Polar started performing and djing as Monopolar in 2000, as La Sala Club resident in Bogota (as a dj team with Carlos "Mono" Ramírez). In 2003 he moved to Mexico City and became a respected member of the electronic community of the city. Monopolar has played in almost every club of the vibrant mexican capital. From 2008 he spent some seasons in Berlin performing his live sets at prestigious venues such as Club der Visionaere, Suicide Circus and Picknick. He has remixed Tiefschwarz and Can Oral, and his work has been remixed by Agaric, Camea, Sierra Sam, Jay Haze and Jay Tripwire. In recent years, Monopolar has played live in New York, Buenos Aires and Lima and in 2018 played a successful Boiler Room from Mexico. His knowledge of the story of techno and house music, and his minimalistic approach has earned him the respect of younger techno followers that go to listen to his rare vinyl-only dj sets at his residence in Yu Yu, one of the best clubs in Mexico.

In 2000 he founded Pantamuzik Records, one of the few labels that supports latin american artists on a regular basis. He runs the label from Mexico along with his partners Signal Deluxe, based in Berlin. More info at http://pantamuzikrecords.com
Apodos:
Humberto Polar

Carlos “Mono” Ramírez and Humberto Polar started Monopolar back on 2000, when they joined forces as Bogota’s La Sala Club resident djs.
Before that, Mono had a succesful career as techno/industrial dj for 10 years. Polar had been an active jazz guitarist from mid 80s and had put his musical skills into experimental electronic production along the 90s.
From making weekly joint dj sets, they moved swiftly to produce their own tracks and then to the live act. Their dj experience led them to an instant dancefloor ethos, but on top of that they decided to add a conceptual approach to their music: their latin american origin. Away from the cliches and the obvious sampling, their tracks are deeply rooted on the syncopated backbeat that defines the afrolatino sound through a contemporary techno and house vocabulary.
Today the couple works online. Mono is still a resident dj at La Sala and his sets have achieved an almost-mythical status among the bogotanian clubbers. Polar moved to Mexico City in 2003, and from 2006 spends part of the year in Berlin producing the music they both compose. They get together to perform live and tour.
Their 2008 schedule took them to Berlín, Dessau, Buenos Aires, Caracas, Lima, México. They also made showcases at Proton Radio (Los Angeles) and Lexy & K-Paul Komisch Elektronisch. Their 2009 tour will take them to London, Barcelona, Scandinavia and Germany, again. They´ve shared the stage with the likes of Noze, Samim, Richie Hawtin, Dinky, Josh Wink , Ambivalent, John Selway, Dan Curtin, Miss Kittin, David Carreta, Diego Ro-k, Alexi Delano y they were selected for the Mutek Mexico 5th Anniversary edition. They´ve released on Pantamuzik (their own label) and Evolved Records (London). Their 2009 releases include an new EP on SoundSelective (Milano) with a Milly De Mori remix, and a new EP on Pantamuzik with remixes by Niconé and Miguel Toro. They just remixed “Igotto” for Khan Of Finland and MIS (Mexican Institute Of Sound).