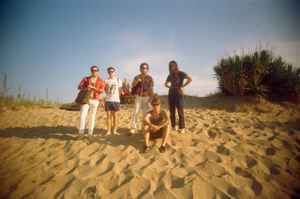 My big love did begin with "Drop", also like Damaged Bug (what a great name!). The brand new one is more like an Oh Sees' record, check it out! It's a cover album, great song selection, also recommended for fans of Michael Yonkers. From today fully at bc.