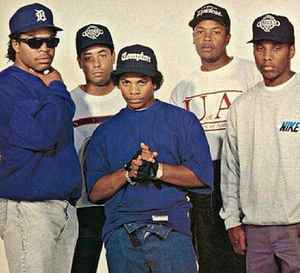 24 de marzo de 2022
does anyone know who voices the narrator on the intros and skits on their albums? i cant find any info on who he was.
Responder  Ver 1 respuesta Notifícame Helpful

28 de septiembre de 2019
Are you kidding me? Why is the best rap album ever „niggaz for life“ not listed here which I am eagerly looking for? Index or something?
Responder  Ver 2 respuestas Notifícame 1 Helpful