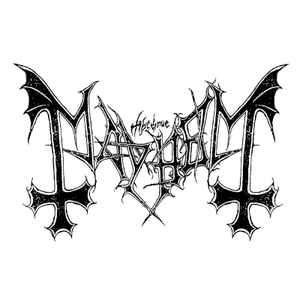 Notorious for, among other things, the shotgun suicide of singer Per Yngve Ohlin, the murder of Aarseth by Varg Vikernes, and a string of church arsons for which Vikernes was convicted.

2 de diciembre de 2021
Great band. I have been listening to this bands music, regardless of line-up changes, since I first discovered Mayhem in the Petrified Zine (issue #1) back in the early 1990's. I heard about them back in the late 1980's through different zines, but was never able to access their music. This band isn't for everyone. This kind of music calls you to come to its altar and be an adherent, otherwise than that, find something else to listen to.

10 de enero de 2021
Mayhem, what a hardworking band. See the list..ánd been on tour in between and on over recent years. Sounding locktight. Thus hail on that. Look at what treasure you can pump through your Hifi systems now. Well than. Cheers!

Mayhem was dangerous band and searching band, example are albums like Chimera or esoteric warfare, but Deamon is safe haven, the most disappointing Mayhem ever

There is no "true" Mayhem. Get over it. They're line-ups have changed drastically over the years and they still manage to generate quality albums. People are clinging to this idea of "true" that never existed in the confines of the band. Accepting impermanence and chaos is the key to enjoying their releases....which is the very definition of Mayhem.

8 de marzo de 2020
It may not be the "Original" line-up but the records they've squeezed out post the death of Dead/Euronymous were rippers and you can't the deny the influence they've had on modern European and American black metal.

28 de febrero de 2019
The currnet lineup (post Dead-Euronymous) has nothing to do with this band Mayhem. It would be better to be called something else, and claim success not but showing something they're not.
Ver 8 respuestas