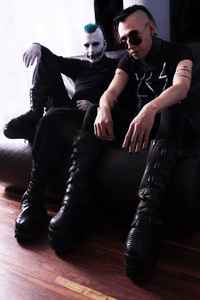 Perfil:
About the name Amduscia: In the medieval demonology it is said that there was a duke from hell specially dedicated to music, who could offer a concert without the audience being able to see the instruments being performed.

However, years after Amduscia had turned into a two-person project with the only remaining members being Polo and Edgar.