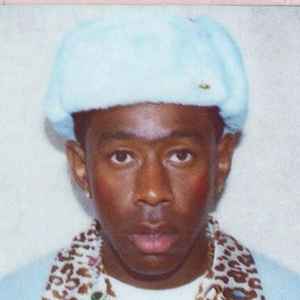 Nombre real:
Tyler Gregory Okonma
Perfil:
Tyler Gregory Okonma (born March 6, 1991), better known as Tyler, the Creator, is an American rapper, record producer, and music video director. He rose to prominence as the leader and co-founder of the alternative hip hop collective Odd Future and has rapped on and produced songs for nearly every Odd Future release. Okonma creates all the artwork for the group's releases and also designs the group's clothing and other merchandise.

After releasing his debut album Goblin under XL Recordings in April 2011, Okonma signed a joint venture deal for him and his label Odd Future Records, with RED Distribution and Sony Music Entertainment. Following that he released his second studio album Wolf, which was met with generally positive reviews and debuted at number three on the US Billboard 200 selling 90,000 copies in its first week.

7 de septiembre de 2017
I've seen him live twice, once in Royal Oak, MI in 2011 with Odd Future sans Earl and Frank & in Detroit of 2015 w/ Taco and Jasper. Hell of a performer, interacts well with the crowd.