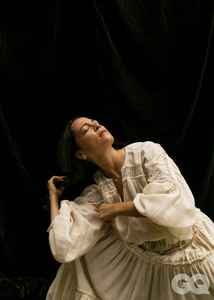 Nombre real:
María Natalia Lafourcade Silva
Perfil:
María Natalia Lafourcade Silva (born 26 February 1984 in Mexico City, Mexico) is a Mexican pop-rock singer and songwriter who since her debut in 2003 has been one of the most successful singers in the pop rock scene in Latin America. Her band's name is Natalia y La Forquetina. Lafourcade's voice has been categorized as a lyric soprano.