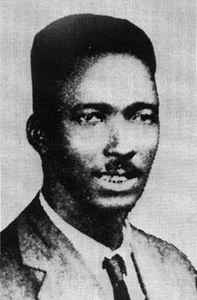 Johnson was a hell-raiser who could belt out the blues with a wide vocal range, from a low throaty snarl to a high falsetto. He had a dramatic flair in performance similar to his contemporary, Delta blues king Charley Patton, and in the early, pre-Robert Johnson days his influence on the genre was second only to that of Patton and Son House. He was not a virtuoso on the guitar, but had an original, evocative style, well-matched to his theatrical delivery. Johnson significantly influenced blues greats Muddy Waters, Robert Nighthawk and especially Howlin' Wolf, who would carry on and even outdo the Patton/Johnson tradition of incendiary, down-and-dirty showmanship. Johnson was also the quintessential blues bad boy, with a penchant for rampant womanizing and for alcohol, the latter of which led him to drastic extremes. He was known to down denatured alcohol, used for artificial heat, when the real thing wasn't available, a habit he documented in his original song "Canned Heat," from which the 1960s blues-rock band Canned Heat took its name. Johnson died of a heart attack after playing at a local party in 1956. Johnson only recorded for two years, from 1928 to 1930. Although, he only left behind a small collection of recordings, they were outstanding, almost all of which to became classics.