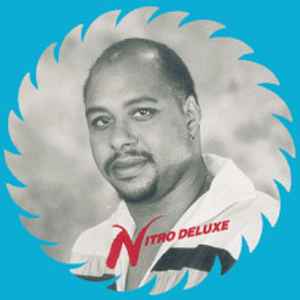 Nombre real:
Young Manny Skretching Jr
Perfil:
Nitro Deluxe is the moniker for respected American c house Manny Scretching Jr.. Born Young Scretching 1/22/60 in philadelphia, Pa. He performed with a variety of funk and jazz groups including Sun Ra’s Arkestra before signing with Cutting Records
in N.Y.C. in the 1980’s. Blind and suffering from kidney failure Nitro continued to write and record on the Nation Records in last years of his life. His latest material is in the house, hip-hop, and dancehall formats.

His most famous track This Brutal House released in 1986 is considered to be one of the defining early house tracks.

His last release on the “Cutting Records” label was 1990’s “Hypno House”.

Sad to read about your troubles Manny... Thanks for gracing us with some true timeless classics. Peace X