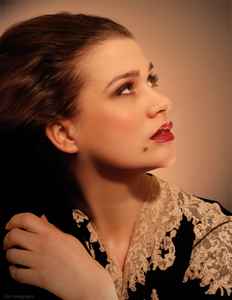 Maggart was born in New York City to Broadway veterans Brandon Maggart and Diane McAfee and is the sister of singer/songwriter Fiona Apple. At the age of twenty, she changed her stage name to Maude after her paternal great-grandmother, Maude Apple.

Maggart's brother, Garett Maggart, starred in the TV series The Sentinel. In addition, her maternal grandparents were Millicent Greene, a dancer with the George White's Scandals, a series of 1920s musical revues similar to the Ziegfeld Follies, and Johnny McAfee, a multireedist and vocalist of the big band era. Her grandparents met while touring with Johnny Hamp and his Orchestra. She went to the Fiorello H. LaGuardia High School of Music & Art and Performing Arts, in New York City. Her 2001 cabaret debut in Los Angeles prompted critic Les Traub to write that she is "destined to become a major cabaret star."

She has been described as a "strikingly beautiful and poised performer," and has been widely praised for her vocal talent, her intelligent, emotional, witty interpretations, as well as for her taste in song selection primarily from the American popular song book featuring the works of Irving Berlin, George Gershwin, Jerome Kern, Harold Arlen, Johnny Mercer, Vernon Duke, and Rodgers and Hart. She has paid vocal tribute in her concerts to such popular singers and predecessors as Helen Morgan, Annette Hanshaw, Ruth Etting, Alice Faye, Helen Forrest and lryicist Marshall Barer. Her 2006 concerts have featured established standards as well as exquisite renditions of songs by Jackson Browne and Joan Baez.

Her first album Look For the Silver Lining focuses on songs of the 1920s. The selections on her second album, With Sweet Despair, range in era and style. Her third album features a repertoire of standards and unearthed gems and is titled Maude Maggart Sings Irving Berlin, which included "When I Lost You," Maggart's rendition of which is featured in the movie Spike. In 2007 she released Maude Maggart Live. Her latest recording is a collaboration with Brent Spiner, entitled Dreamland.

Embraced as a protégée and colleague of such other performers as Michael Feinstein and Andrea Marcovicci, she has been profiled on National Public Radio, in the New York Times and Time Out New York and has appeared on such shows as Prairie Home Companion. In 2005, she received the Backstage Ira Eaker Award, The Tony Award for Outstanding Achievement in Cabaret and the Manhattan Association of Cabarets and Clubs (M.A.C.) award for Best Female Debut. She has performed regularly at the Oak Room of the Algonquin Hotel in New York, the Gardenia in Hollywood and the Plush Room in San Francisco.
Sítios:
maudemaggart.com, Wikipedia
Apodos:
Amber Maggart