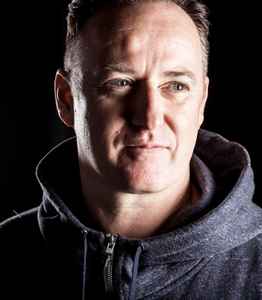 3 de mayo de 2021
his remix on Larry Heard's "Closer" stood the test of time the most of his early productions. Unlike his QAT stuff which is more of epic house epoch of 15 minutes lengthy tracks with diva vocals, that style is long gone.
Ver 1 respuesta

8 de mayo de 2018
I remember it as though it were yesterday. Sitting in the family kitchen one miserable January night. Top of the Pops blaring from a portable TV in the corner.

Regrettably, I never heard 'Be As One' it in a club for I was but a greasy, priapic, adolescent oik at the time of its release. And it probably wasn't the type of thing they'd play at Brannigan's or the Ritzy or whatever chain-hovels my provincial backwater had to offer.
Ver 5 respuestas

4 de diciembre de 2015
Sasha is to djing what Plato is to philosophy, what Pele is to football, what led zeppelin are to rock....a harbinger, precursor, a forerunner, above everything else.....a living legend. Sasha was born in 1969 in North Wales UK. Became famous in the late 80's and early 90's for residencies at clubs like Shelly's, the Hacienda, and most notably Renaissance. At Renaissance, formed a now-famous DJ partnership with John Digweed which continues to the present day. In the early- to mid-90's, turned out several productions of his own and did remixes for Urban Soul, M People, Creative Thieves and the Pet Shop Boys, among others. In 1999, he formed a new partnership in the studio with Charlie May (one half of Spooky) and released the "Xpander" EP, and in 2002, the full-length album "Airdrawndagger". In 1997 he founded and ran the now defunct Excession label. In 2007 he started emFire, a new label for his own recordings. In late 2011 he launched his new digital imprint Last Night On Earth, his glittering CV is endless, it speaks for itself.
Ver 1 respuesta

20 de julio de 2015
Sasha may of been influenced by Autechre.
Look at my comments on Xpander EP, 3 Little Piggys.
I'm wandering what everyone else thinks.

1 de julio de 2011
I have been a fan since day one and I can't agree more with most of the comments about "the man like" but considering his career was built on those mix tapes from the likes of Shelleys and the Eclipse surely its time for Sasha to dust down his italian imports and stick on a proper oldskool night. I can assure you that is one night that would be sold out over and over again. So come on Sasha get up in the loft and get them tunes out!!
Ver 3 respuestas