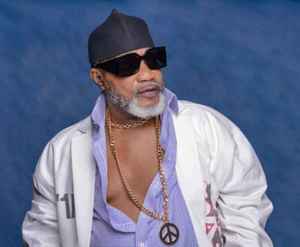 At the beginning, Antoine was only a songwriter, he sold his composition to the stars of this time as Papa Wemba who will integrate him to this band Viva La Musica in 1977. He will begin his recording career in this band, with some artists like Kester Emeneya, Dindo Yogo, Djuna Djanana.

He started his solo recording career in 1983 and he founded his own band, Quartier Latin, in 1986.

The career of Koffi expands from 1990 when the record company Sonodisc signs a contract with him until 2003 when Sonodisc will go bankrupt. They will publish together a total of thirteen albums (6 solo album, 5 album with his band, 1 album in collaboration with Papa Wemba and 1 live). On February 19th, 2000, Olomidé become the first African artist to fill the 17 000 places of Palais Omnisports Paris-Bercy, without promotion.

5 de noviembre de 2020
Mopao is a forever legend! So proud to be congolese! I grew up his music. I've known all of his albums all my life! and I can't forget about his band Quartier Latin! One of the greatest congolese band of all time!
Responder Notifícame 3 Helpful