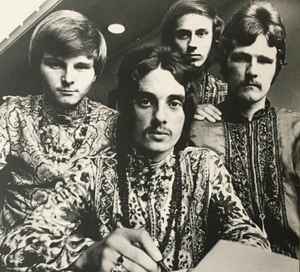 Perfil:
English psychedelic folk and prog rock band existing between 1967 and 1969. The group was formed in 1964 as The Sidekicks (8) and renamed to The Key in 1965, they signed to Fontana in 1967 and released two albums as Kaleidoscope. Despite of massive airplay and touring they didn't have commercial success at the time but they retained a loyal fanbase. In 1970 they switched to the Vertigo label under the name Fairfield Parlour. A third Kaleidoscope album was recorded in 1971 but it was released only in 1991.

Actually I really don't understand people. There is the original MASTER tape. A professional studio. A professional Studer tape reel machine, what with you could directly cut an analog profeesional sound quality vinyl from it. But not. Better to digitalisate it, because that is the future, with full of deaf people. But not! The future will not be like that, mr. Daltrey. Prepare your tapes up, before its not too late!!!!! Actually the difference between the analog sound and the digital sound is, the analog is the nature. Why do you print analog lps if you digitalisate it?? A crap cd is not enough from that material if is already digital? Really not understand.

All the offical reissues or later issue like White Faced Lady on vinyl DIGITALLY fucked up. Congratulation mr. Daltrey for deafness or stupidity.