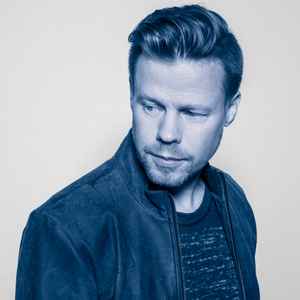 Perfil:
Dutch trance project, originally by Ferry Corsten and Tijs Verwest a.k.a DJ Tiësto. After the release of the third Gouryella single "Tenshi", Tiësto left the project. In 2002 Ferry Corsten released the fourth Gouryella single "Ligaya", which was written and produced together with John Ewbank. In May 2015 Ferry announced the new Gouryella single "Anahera", which got released a few weeks later in June. "Anahera" was voted best trance track of 2015 by the listener's of A State Of Trance. It also became the best sold trance track on Beatport of 2015.

In 2016 Ferry started doing some special Gouryella shows around the world at big festivals such as Atlantis (Australia), Beyond Wonderland (USA), EDC (USA / UK), Tomorrowland (Belgium) etc. In June a brand new Gouryella track ("Neba") came out via Ferry's label Flashover Recordings. In December 2016 Ferry released the "From The Heavens" compilation. Also a very special limited edition signed and numbered Gouryella box set got released, which sold out in just 5 days.

In March 2017 Ferry announced that the new Gouryella track "Venera (Vee's Theme)" (released on April 7) will be part of his artist album "Blueprint", which came out in May 2017.

20 de marzo de 2021
why so limited? Can't find anything!!! If only the record company would make more of the records

If you posses all the Gouryella's releases you can be proud of yourself. Starting with Gouryella and ending on Ligaya, a new trance fan can easily get acquainted with the epic trance greats. I don't know, whose vision it was to create Gouryella's tracks. All it's essence have been gathered and packed in a small pill, which definitely made any of Gouryella's tracks a masterpiece. I don't even care if it was Ferry's or Tiesto's conception. But the one thing I know for sure is that the best tunes would be created if they both have worked together, not only on their own. Then we will have more outstanding tunes like Vimana - Dreamtime or all those Gouryella's releases. Now, when the formation has divided, they will not produce any track more under the name of Gouryella. Anyone, who likes their style maybe can find an equivalent when he listen to Photon Project tunes (like Enlightenment for example).