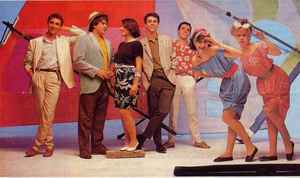 They released their first LP on 1985, "Tormenta a las diez" with "Desidia" as their biggest hit, produced by Julian Ruiz.

After their second album most members of the group left, with Francisco R. Musulén and Luis Elices joining Ciudad Jardin. Carlos de France decided to revamp the band as a girl group in the vein of Bananarama, with Mónica Gabriel from the previous line-up joined by Lola Baldrich and Marisa Pino, and De France acting as producer and songwriter but not an official member. With this line-up, they had another big hit with "Los amigos de mis amigas son mis amigos" in 1989. In 1990, Baldrich left the formation and was replaced by Sol Abad, with whom they released the group's last album in 1991, which went mostly unnoticed. The group disbanded on December 31, 1991.