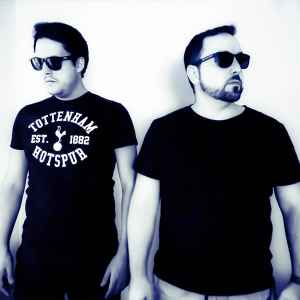 Nombre real:
Isaac Garcia and Sergio Romero
Perfil:
KHOISER is a group made up of Isaac García and Sergio Romero. It was founded in the middle of 1996, creating its first track called Break Guitar. During their first years they participated in multiple events, performing live, with their synthesizers, keyboards, even with live drums and guitar. In the year 2000 KHOISER released his first EP with the Totem Tanz record label, which would include songs that are today hymns within the Breakbeat genre, such as Insight, Fantasy or Fun 2000. In the years 2000-2003, Khoiser released several EPs with the Totem Tanz Records label, in addition to participating in several compilations, such as Satisfaxion The Artists, or 100% Breakbeat vol2. Compilations in which they would share a tracklist with artists such as Rennie Pilgrem, Meat Katie, Dylan Rhymes, Peter Paul, Dj Hyper, Second Effect, Dj Killer, Rain Makers, etc. They also appeared on national compilations (Spain), such as The Compilation Vol1 or Breakbeat Festival, both managed by the famous Dj Nitro. During the year 2003, Khoiser were nominated for the Oners DJ 2002 awards, in the categories of best song with two nominations, Insight Rmx2002 and Calling for you love, and in the best producers category.

KHOISER maintained a stop in music production and on stage between 2007 to 2016. Currently, Khoiser manages the Breaks Club Records label, where he publishes his own productions, and has returned to the stage, on several occasions with promoters such as N-Mity Sound, sharing the bill with great artists such as Peter Paul, Jan-B, Meat Katie, Dj Man, Dj Nitro, Pablo Weinx, among others.
In addition to releasing tracks on his current Breaks Club Records label, Khoiser has also released vinyl with the "Vinyl Club Breakbeat Alliance" cooperative, of which they are a part. They also released songs with the Funktasty Crew label, and they have some other releases pending with various digital labels. Ultimately, Khoiser is active and producing music.