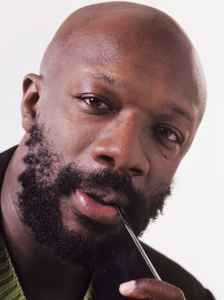 Signed to the Stax record label during the 1960s and 1970s, Hayes played an important role in shaping the "Memphis sound". First active for the label as musician and later songwriter/producer (usually teaming up with David Porter), he enjoyed his biggest success as a solo artist in 1971 with the soundtrack to the movie Shaft. He was inducted into the Rock & Roll Hall of Fame in 2002 (Performer).

4 de abril de 2019
Favorite artist of Paulo Hajas, my father. That's how I got notice of him, finding a old LP between my mother's collection.