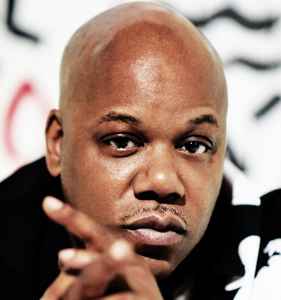 Nombre real:
Todd Anthony Shaw
Perfil:
American rapper and producer.
Born April 28th 1966 in Los Angeles and moved to Oakland at the age of 14.
Started his rap career in the early 1980's rapping with high school friend Freddy B making custom made cassette tapes (known as "special requests") which were sold on the streets.
Too Short officially released his first album in 1985 on the local Oakland record label 75 Girls Records and Tapes and in 1987 signed to Jive records. In 1988, he added the "$" to his name.
In 1996 Short moved to live in Atlanta; he has since returned to Northern California. He has released over 25 full length albums and is still active in the music industry.
Too Short was one of the first rappers to represent the 'pimp' / 'playa' lifestyle in his lyrics. The phrase "Biiiitch" is one of Short's trademarks.
Sítios:
Wikipedia, Twitter, instagram.com, SoundCloud
Apodos:
Todd Shaw
Variaciones:
Verlas todas | Too Short
$hort, 2 $hort, 2 Short, 2Short, @tooshort, Short Dawg, Too $Hort, Too $hort, Too Hort, Too Short f, Too$hort, Too-Short, TooShort, Tooshort, Two Short

An absolute legend. Too short started rapping circa late 1980 early 1981. By the tike he signed to Jive he was already west coast legend up and down California. Probably the first to let the 808 play with long 7,8,9 minute long tracks made to ride to. While he was also known for starting very sexual lyrics even befor Luke Campbell, it should be noted about him laying the foundation for west coast rap and later, the g-funk style of west coast hip hop in the early 90s. One of the most consistent hip hop music sellers of all time with over 35 years worth of gold+ records.

For me, the 1985-1995 period was his prime. I first got into Too short circa 1989. Each album, chalk full of classics. My older brother got his first system and Too Short was a favorite to boom to.

A funny story. In 1997 i was just out of recording school and freelancing at this one studio down in Burbank area Los Angeles. The owner of the studio came into the control room and told me an artist would be coming in to do some overdubs. A little later, someone handed me a reel to reel and put it on the 24 Track Studer machine and aligned the levels. I was at the console when out of the corner of my eye Too Suort walked into the control room and thru to the booth. He got on the mic and I got the levels. I was nervous as shit and just hoped that even if I didnt record his vocal to at least not record over any tracks. Too short beltwd out a "biooootch" on the mic and for a second, I smiled and thought "I made it". Lol. And then went back to being nervous. Everything went well and he came back the next day. The next day I brought in my Cocktails cd cover so I could ask him to sign it. After that session , Too Short was outside waiting for a ride.i asked him to sign the cd and said I was a huge fan. He signed it "Life is too short. - too short" and paid me in cash out of his pocket. Something i didnt expect him to do.
When i went back into the studio, the owner said that was really unprofessional. I told the dude to fuck off and I never went back there and worked. About a year later I ran into Too Short outside a casino In Las Vegas. I said hello and was happy he remembered me. Super cool guy and a story I will never forget.
A true west coast legend and perhaps the first West Coast hip hop legend.