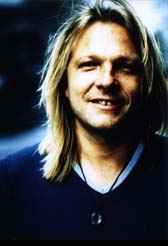 In 1986 Dag Volle, yet not known as Denniz PoP, and some of the elite DJ's in Stockholm, started the label SweMix Records. He soon became one of Sweden's most wanted remixers.

In 1992 Denniz PoP started Cheiron Studios together with Tom Talomaa at Kungsholmen, Stockholm. In the beginning they released records but soon discovered producing was their game. Cheiron produced Dr. Alban, Ace Of Base, Backstreet Boys, Five, E-Type, and Robyn among many other artists.

Denniz PoP and his partner Max Martin were awarded twice in the ZTV's Dance Music Awards and received a Grammy for Outstanding Contributions in 1998 for making Sweden the third largest music export country in the world, only behind the USA and the UK.