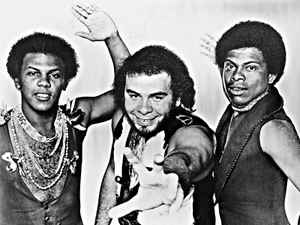 Nombre real:
Fruko & Sus Tesos
Perfil:
Fruko y sus Tesos is a salsa group from Colombia which enjoys immense popularity throughout Latin America and the United States. Julio Ernesto Estrada ‒ or "Fruko" as he is artistically known ‒ formed the group in 1970 and modeled it after the New York City salsa sound of the Fania All-Stars, one of the leading salsa groups at the time. A favorite of salsa and Latin soul deejays around the globe, many refer to Fruko y sus Tesos as one of Colombia's most important exports.