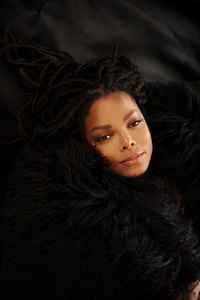 Why didn't Janet release a REMIX compilation for Rhythm Nation 1814 like the way she released for Control and Janet?

The Master's that was destroyed was the copy that resided here in the States. Other copies does exist in other terrorities...

29 de junio de 2019
Given Janet was one of the artists who’s back catalogue went up in flames at Universal in 2008 I wonder how much of the A+M material is now in a re-releasable form? Interesting that the vinyl is being re-released (including the Control album mixes), but where was the audio for these sourced from? Not the masters I would suggest.
Ver 3 respuestas

8 de septiembre de 2008
Janet Jackson is probably the only artist who still delivers classy rnb music. Other artists who were known for good quality music have already sold out their musical genres and tried anything to make more money. Janet, no. The same class her music had back in 1994 is still present on her albums today. Especially when talking about ballads and slow jams.

However, in general her career has taken a fall and her image nearly destroyed. The last time she actually had something real to say, something real to deliver was in 1997. While her music speaks for itself, he artist image has faded.
Ver 4 respuestas

Now that she turns out to be a busty clone of her brother and similarities are more evident day by day - Janet Jackson had the privilege to step out of her family's shadows and cut a solid album in 'Rhythm Nation 1814' mixing bizarre cut-up interludes with stereotypical american electro-beats. Now Janet is too much around boob-scandals and exhibitionist sexy (read plastic) image which suits most of the r'n'b side to last decade of the 20th century.