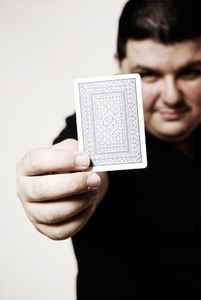 Nombre real:
Juvenal Robles
Perfil:
After beginning his musical development as a Humboldt Park DJ, PNS is the culmination of several influences, especially House music and the DIY ethic inherent in graffiti culture.
He first began creating beats in 1990, using an SP 1200, but later upgraded to an MPC2000XL, which he still utilizes today. After officially joining the Moles in 1996, he has forged his own niche through his refusal to fall into predictability.
His independant nature is best reflected in his personal belief that he would rather be original and remain obscure, which is manifested in his multi-layered style that refuses to be easily defined.
His personal favorite creations came into being without planning or deliberation, "Yee Haw" featuring MF Doom, Juice's "Period", and his own "The Thief is Hungry" from the 12 Bit Soul release.
Apodos:
Juvenal Robles
Variaciones:
Verlas todas | PNS
D.J. PNS, DJ PNS, DJ Penis, Dj PNS, Dj Penis, P.N.S, P.N.S.