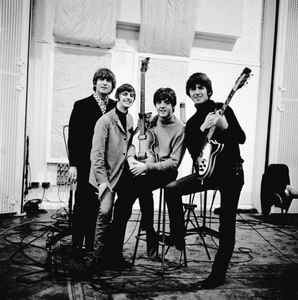 Perfil:
British rock/pop group, formed in Liverpool, England during the late 1950s. Signed a recording contract with EMI in 1962.

18 de enero de 2023
I'm a happy Discogs member but have to say it seems ludicrous to have SO much crap in the Beatles 'video' catalogue like cheapo documentaries and dodgy CDrs...and YET we can't include "A Hard Days Night". At what point does a movie solely featuring an artist (and possibly the greatest, at that) become inappropriate when there is so much garbage otherwise deemed worthwhile to have in the catalogue.

I would've been interested to see the variety of issues of A Hard Day's Night. Not least so I can include my Criterion blu-ray copy in my Discogs collection and lists.
Ver 1 respuesta

22 de diciembre de 2022
Beware! hundreds of random, completely unrelated videos are being spammed under the "Videos" section of The Beatles' album pages! I've had to mass delete hundreds of these videos today, and so far they haven't been reinstated, but still, beware!

23 de noviembre de 2022
Just picked up a Capitol 45 that has Sgt. Pepper/With a Little Help From My Friends on one side and A Day in the Life on the other. Don't see it listed anywhere on here.
Ver 2 respuestas

4 de septiembre de 2022
Why is "Yesterday and Today" LP not listed under 'Compilations' ???
Ver 2 respuestas

4 de septiembre de 2022
Still confused about the recording timeline for the '68-'69 material. Hey Jude LP (comp) was recorded as singles, during and after The White album sessions. LP not released at the time. Then Let It Be was recorded, as seen in the movies Let It Be and Get Back. That material not yet released at the time. Then in 1969 they record their last "proper" album Abby Road, which was immediately released upon completion. Then in early 1970 Hey Jude LP was released followed by Let It Be later that year. I think this is how Paul explained it in the Anthology. IS THIS CORRECT??
Ver 2 respuestas

1 de febrero de 2022
What about album sets that are made up of live and studio recordings? What could be done is to siphon off all unofficial and bootleg releases into a section of their own. And is there any need for the foul language?