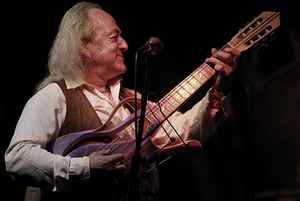 He learned guitar, bass, Quissange, Zither, flute and harmonica, and in 1966, he moved to São Paulo. In the same year he joined the Beat Boys. He worked with many famous names such as Gilberto Gil, Roberto Carlos, Ronnie Von, Raul Seixas, Maysa, Walter Franco, Erasmo Carlos, Tim Maia and Caetano Veloso, who performed in Brazil and worked in the studio. As a musician and actor, he worked in theater productions in São Paulo and Rio de Janeiro.

In 1972, he composed the song "Cavaleiro de Aruanda", recorded by Ronnie Von on a disc of the same name from 1972. The song was also recorded by the singer from Maranhão, Rita Ribeiro, on the 2006 Tecnomacumba album.

In 1976 he organized Joe Cocker's tour in Brazil, together with Woodstock producers Michael Lang. In 1978 he toured the U.S. with "Tony Osanah Bluesband". He played with B. B. King and went on a world tour with Blues singer Jeannie Carrol.

In 1980 he participates in the foundation of the musical group Raíces de América and in 1982 they are in 2nd place in MPB Shell, broadcast by Rede Globo, with the song Fruto do Suor, of which he was co-author. On February 26, 1983, he recorded the guitar for the song So Glad You're Mine live in a show held in the city of São Paulo with the participation of Pedrão (bass), Albino (drums) and Miguel Cidras (piano) for the album Carimbador Crazy by Raul Seixas, released in the same year. Still in the 80's, he left Raíces de América and returned to perform and record songs with Rosa Marya Colin.

In 1990 he met percussionist Angela Frontera and since 1992 Tony Osanah has toured the world with his program "Viaje de Vida".
Discography
Compact

Albums you participated in