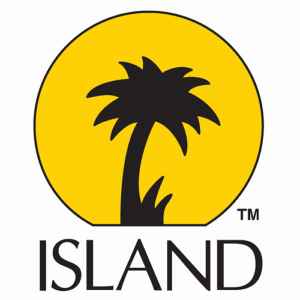 Perfil:
Multinational label.
Label Code: LC 0407 / LC 00407.
Island Records (often using a logo that omits "Records") was named for Island In The Sun (a novel, film, and Harry Belafonte calypso hit), and was founded in Jamaica in 1959 by Chris Blackwell, Graeme Goodall and Leslie Kong. In May 1962, Blackwell relocated the label to the UK in order to market music by Jamaican artists to immigrant communities in London and Birmingham. In 1967, however, Island shifted its focus to relatively edgy rock music, and most of its Jamaican acts were moved to the spinoff label Trojan Records. Island resumed its support of reggae artists with the signing of The Wailers in 1972.

For several years, Island licensed American rights to its material to a variety of labels, most frequently A&M and Atlantic. In 1971, Island first gained its own US label identity through a distribution deal with Capitol. In 1973, Island's American division switched to independent distribution. US headquarters, formerly based in Los Angeles, were relocated to New York City in November 1977. In mid 1978, US Island began a series of manufacturing and distribution partnerships with major labels, first with Warner Bros. Records Inc., and then with Atlantic Records in late 1981. Similar relationships were forged with Philips [for the world except the US, UK and Australasia up to June 1971], Ariola [Europe from June 1971 except France], Festival [Australasia], Dacapo, and WEA for distribution in various other countries. For a history of relationships in Canada see Island Records Of Canada Ltd..

Blackwell sold Island to PolyGram in 1989, but remained chairman of Island Entertainment Group until 1997. Since 1999, the Island label has been under the control of the Island Def Jam Music Group in the US and Universal Island Records Ltd. in the UK. In Germany, the brand is part of Polydor Island Group, which formed from the short-lived Island Mercury Labelgroup. In Japan, the brand is used domestically by Universal Sigma. In November 2013, Barry Weiss (3) stepped down as Chairman/CEO of both Island and Def Jam. On the first day of April 2014, Universal Music dissolved The Island Def Jam Music Group. Now re-positioned Island Records, Def Jam Recordings and Motown separately as all three solo labels. David Massey would lead Island Records and expand the label's A&R and support operations.