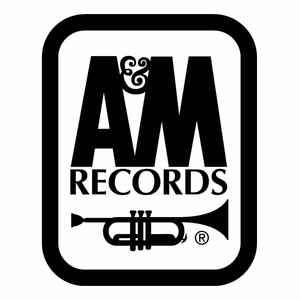 A&M Records was started in 1962 by partners Herb Alpert and Jerry Moss, hence the A&M (Alpert & Moss).
Their first release (following two singles released under the label name Carnival Records (4)) was "The Lonely Bull" by Herb Alpert & The Tijuana Brass, which sold around 700,000 copies. Sixteen of the first 25 albums were certified gold by the RIAA and helped A&M become a major label and ultimately the world's largest independent record company.

7 de diciembre de 2022
Anyone know about a 7" picture disc I have by Janet Jackson on A&M with cat number FREE 10. 1986. What have you done for me lately. c/w Young love. I have never seen another copy for sale? Was it given free with an album?

24 de agosto de 2021
Does anyone know why some of the A&M cover arts follow a specific design? Particularly for some of the jazz albums (ie. Jobim's Wave, Paul Desmonds' Summertime, and Tamba 4's cover arts)?
Ver 1 respuesta

30 de junio de 2020
Anyone notice that a lot of A&M records pressed in the U.S. in the early - mid 80’s actually are opaque, and have a purple or brown hue to them? I just learned about this. The ones I have are Police - Synchronicity and associated singles (purple), singles from Ghost In The Machine & Zenyatta Mondatta (but not the albums; a very deep red-purple), Supertramp - Brother Where You Bound (purple), Roger Hodgeson - In The Eye Of The Storm and associated singles (Deep Purple), and Hai Hai (actually a deep brownish color).

I’m fascinated by the dumbest stuff.

12 de julio de 2018
Hi I have a CD called Solo - New Classis Soul Exe. Producers Jimmy Jam & Terry Lewis that I have had for several years that I just love but I have played it so many time it skips in places. Please tell me how I can get another copy.