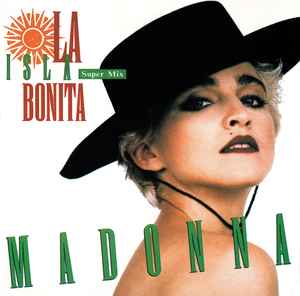 Uses the same cover design and has the same track listing as its Japanese counterpart.
It has a Japanese catalog number printed on the CD itself (WPCP-3440 and D-713). Also, it uses Japanese writing on one spine.
It is however an Australian pressing, and says "Manufactured and distributed by Warner Music Australia" on the disc rim.

Warner Music Australia used the Japanese maxi CDs as a blueprint for the Australian releases not only for "La Isla Bonita (Super Mix)", but also for "Keep It Together", "Erotica (Remixes)", "Rain", and "Deeper And Deeper".
Australian CDs have barcodes printed on the back inlay, while the Japanese CDs come with an OBI-strip where the barcode can be found.
Furthermore, the catalog number on the spine of the Australian CDs begin with 7599/9362, while Japanese pressing have a WPCP-catalog number on the spine.