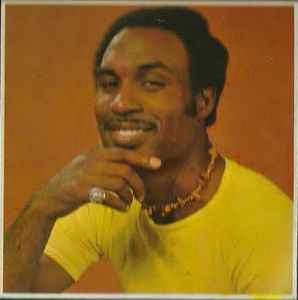 Vrai nom:
William Oran Willie Bill Jones
Profil:
US soul/funk vocalist, songwriter and producer. Born in Denison, Texas on November 20, 1945 - died in Amsterdam, The Netherlands on June 10, 1982.
Billy Jones started his career singing gospel in church. He also toured the USA as a member of the Army Air Defense Command Choral Group. In 1968, he settled in Amsterdam, The Netherlands and started a solo career in 1970. He soon became a vocalist with Oscar Harris And The Twinkle Stars, making the transition from The Twinkle Stars into Thunderstorm in 1979. He also sang lead with Solat.
Dans les groupes:
Billy Jones & The Stars, Solat, Thunderstorm
Variantes :
Tout Voir | Billy Jones (3)
B. Jones, Jones

28 décembre 2022
One 45 is still omitted from his discography : Billy jones and the Stars "Message from a black man"/ "save all my lovin" RCS 251 comes with a picture sleeve. These are two tracks from his first album so probably 1970.